Members have been busy and we now have a number of postcards ready to be sent off. 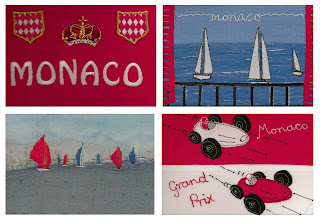 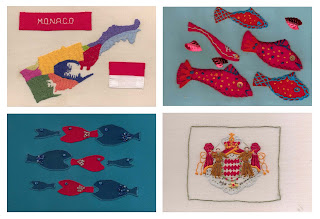 I’m sure we’re not the only branch out there who struggle to fill committee posts when someone steps down.
Our Chairman stepped down this year after doing more than her fair share of years but was worried no one would come forward to replace her. Without a chair it is very difficult for a branch to continue so we came up with an idea that other branches may decide to use if they find themselves in the same situation – job share.
We now have 3 chairmen -
Diane Freeman, Lorna Batten, Yvonne Arnston who will liaise and organise the work between them. Heather Kay has taken over as Treasurer and Yvonne Wilman will continue on as Secretary.
A big thank you to Jacqui and Norma for all the work they have put into the branch over the years.
The AGM was followed by a talk from Janet Strain entitled “Knickers! – A Brief History”
I didn’t realise just how fascinating knickers could be! Before Janet began speaking she donned a red hat and at first I just thought she was slightly eccentric but then several ladies started laughing. I had never come across the phrase “red hat no knickers!”   Janet had to remove the hat because she certainly had an abundance of knickers with her!  Did you know that until the end of the 18th century, "decent" women had always gone knickerless? Drawers were originally worn only by men but, due to changes in fashion, women increasingly adopted them. Janet’s talk was both very informative and humorous. I shall never look at my knickers it quite the same way again!
Do any of these bring back memories for you? 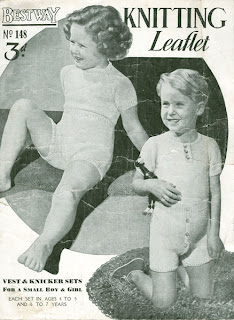 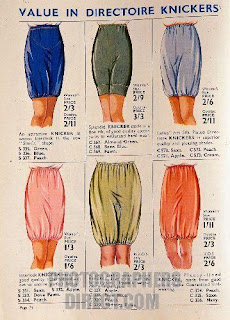 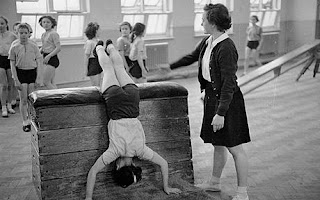 LINKS TO OTHER BLOGS

LINKS TO OTHER SITES